Convention for the Protection of Human Rights and Fundamental Freedoms

The High Contracting Parties shall secure to everyone within their jurisdiction the rights and freedoms defined in Section I of this Convention.

SECTION I
RIGHTS AND FREEDOMS

1. Everyone’s right to life shall be protected by law. No one shall be deprived of his life intentionally save in the execution of a sentence of a court following his conviction of a crime for which this penalty is provided by law.

2. Deprivation of life shall not be regarded as inflicted in contravention of this Article when it results from the use of force which is no more than absolutely necessary:

a) in defence of any person from unlawful violence;

b) in order to effect a lawful arrest or to prevent the escape of a person lawfully detained;

c) in action lawfully taken for the purpose of quelling a riot or insurrection.

No one shall be subjected to torture or to inhuman or degrading treatment or punishment.

1. No one shall be held in slavery or servitude.

2. No one shall be required to perform forced or compulsory labour.

3. For the purpose of this Article the term “forced or compulsory labour” shall not include:

a) any work required to be done in the ordinary course of detention imposed according to the provisions of Article 5 of this Convention or during conditional release from such detention;

b) any service of a military character or, in case of conscientious objectors in countries where they are recognised, service exacted instead of compulsory military service;

c) any service exacted in case of an emergency or calamity threatening the life or well-being of the community;

d) any work or service which forms part of normal civic obligations.

Article 5
Right to liberty and security

1. Everyone has the right to liberty and security of person. No one shall be deprived of his liberty save in the following cases and in accordance with a procedure prescribed by law:

a) the lawful detention of a person after conviction by a competent court;

b) the lawful arrest or detention of a person for noncompliance with the lawful order of a court or in order to secure the fulfilment of any obligation prescribed by law;

c) the lawful arrest or detention of a person effected for the purpose of bringing him before the competent legal authority on reasonable suspicion of having committed an offence or when it is reasonably considered necessary to prevent his committing an offence or fleeing after having done so;

e) the lawful detention of persons for the prevention of the spreading of infectious diseases, of persons of unsound mind, alcoholics or drug addicts or vagrants;

f) the lawful arrest or detention of a person to prevent his effecting an unauthorised entry into the country or of a person against whom action is being taken with a view to deportation or extradition.

2. Everyone who is arrested shall be informed promptly, in a language which he understands, of the reasons for his arrest and of any charge against him.

3. Everyone arrested or detained in accordance with the provisions of paragraph 1 (c) of this Article shall be brought promptly before a judge or other officer authorised by law to exercise judicial power and shall be entitled to trial within a reasonable time or to release pending trial. Release may be conditioned by guarantees to appear for trial.

5. Everyone who has been the victim of arrest or detention in contravention of the provisions of this Article shall have an enforceable right to compensation.

Article 6
Right to a fair trial

1. In the determination of his civil rights and obligations or of
any criminal charge against him, everyone is entitled to a fair and public hearing within a reasonable time by an independent and impartial tribunal established by law. Judgment shall be pronounced publicly but the press and public may be excluded from all or part of the trial in the interests of morals, public order or national security in a democratic society, where the interests of juveniles or the protection of the private life of the parties so require, or to the extent strictly necessary in the opinion of the court in special circumstances where publicity would prejudice the interests of justice.

2. Everyone charged with a criminal offence shall be presumed innocent until proved guilty according to law.

3. Everyone charged with a criminal offence has the following minimum rights:

a) to be informed promptly, in a language which he understands and in detail, of the nature and cause of the accusation against him;

b) to have adequate time and facilities for the preparation of his defence;

c) to defend himself in person or through legal assistance of his own choosing or, if he has not sufficient means to pay for legal assistance, to be given it free when the interests of justice so require;

e) to have the free assistance of an interpreter if he cannot understand or speak the language used in court.

Article 7
No punishment without law

2. This Article shall not prejudice the trial and punishment of any person for any act or omission which, at the time when it was committed, was criminal according to the general principles of law recognised by civilised nations.

Article 8
Right to respect for private and family life

1. Everyone has the right to respect for his private and family life, his home and his correspondence.

2. There shall be no interference by a public authority with the exercise of this right except such as is in accordance with the law and is necessary in a democratic society in the interests of national security, public safety or the economic well-being of the country, for the prevention of disorder or crime, for the protection of health or morals, or for the protection of the rights and freedoms of others.

1. Everyone has the right to freedom of thought, conscience and religion; this right includes freedom to change his religion or belief and freedom, either alone or in community with others and in public or private, to manifest his religion or belief, in worship, teaching, practice and observance.

1. Everyone has the right to freedom of expression. This right shall include freedom to hold opinions and to receive and impart information and ideas without interference by public authority and regardless of frontiers. This Article shall not prevent States from requiring the licensing of broadcasting, television or cinema enterprises.

2. The exercise of these freedoms, since it carries with it duties and responsibilities, may be subject to such formalities, conditions, restrictions or penalties as are prescribed by law and are necessary in a democratic society, in the interests of national security, territorial integrity or public safety, for the prevention of disorder or crime, for the protection of health or morals, for the protection of the reputation or rights of others, for preventing the disclosure of information received in confidence, or for maintaining the authority and impartiality of the judiciary.

Article 11
Freedom of assembly and association

2. No restrictions shall be placed on the exercise of these rights other than such as are prescribed by law and are necessary in a democratic society in the interests of national security or public safety, for the prevention of disorder or crime, for the protection of health or morals or for the protection of the rights and freedoms of others. This Article shall not prevent the imposition of lawful restrictions on the exercise of these rights by members of the armed forces, of the police or of the administration of the State.

Men and women of marriageable age have the right to marry and to found a family, according to the national laws governing the exercise of this right.

Article 13
Right to an effective remedy

Everyone whose rights and freedoms as set forth in this Convention are violated shall have an effective remedy before a national authority notwithstanding that the violation has been committed by persons acting in an official capacity.

The enjoyment of the rights and freedoms set forth in this Convention shall be secured without discrimination on any ground such as sex, race, colour, language, religion, political or other opinion, national or social origin, association with a national minority, property, birth or other status.

Article 15
Derogation in time of emergency

1. In time of war or other public emergency threatening the life of the nation any High Contracting Party may take measures derogating from its obligations under this Convention to the extent strictly required by the exigencies of the situation, provided that such measures are not inconsistent with its other obligations under international law.

2. No derogation from Article 2, except in respect of deaths resulting from lawful acts of war, or from Articles 3, 4 (paragraph 1) and 7 shall be made under this provision.

Nothing in Articles 10, 11 and 14 shall be regarded as preventing the High Contracting Parties from imposing restrictions on the political activity of aliens.

Article 17
Prohibition of abuse of rights

Nothing in this Convention may be interpreted as implying for any State, group or person any right to engage in any activity or perform any act aimed at the destruction of any of the rights and freedoms set forth herein or at their limitation to a greater extent than is provided for in the Convention.

Article 18
Limitation on use of restrictions on rights

The restrictions permitted under this Convention to the said rights and freedoms shall not be applied for any purpose other than those for which they have been prescribed.

Announcement on Updated Edition of the Statute 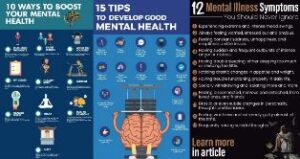 64th session of the UN Commission on Narcotic Drugs

Employees of the State Agency «Center for Mental Health and Monitoring Drugs and Alcohol of the Ministry of Health of Ukraine» are attending the 64th session of the UN Commission on Narcotic Drugs, scheduled to run from 12 to 15 April. The Commission was set up by Resolution 9 (I) of the Economic and Social Council […]

We work closely with